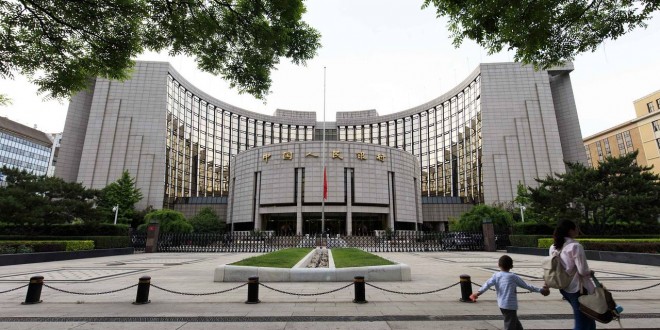 BEIJING—China’s foreign-exchange reserves shrank modestly in August, though at a faster pace than projected, suggesting capital outflow pressure may have increased slightly.

China’s reserves, the world’s largest, fell by $15.89 billion over last month, to $3.185 trillion, according to data issued Wednesday by the People’s Bank of China. That compared with July’s drop of $4.10 billion and exceeded the median forecast for a $2 billion decrease by economists surveyed by The Wall Street Journal. Reserves in August were at their lowest level since December 2011, when they totaled $3.181 trillion, according to the central bank’s data.

Even so, the latest drop isn’t likely to raise concerns about the world’s second-largest economy. The fall is far below the huge outflows recorded last year, which added to concerns that an economic slowdown would turn into a hard landing.

“I’m not too worried about the size of the fall,” said Larry Hu, an economist with Macquarie Capital. “I think capital outflows are still manageable.”

Julian Evans-Pritchard, an economist with Capital Economics, estimated that total outflows reached $50 billion last month, up from $43 billion in July and the largest volume “since the panic” around the start of the year. Expectations of an increase in U.S. interest rates likely drove up outflows, prompting China’s central bank to step up efforts to defend the yuan’s value, he said.

“Early this year some were concerned about capital fleeing China. The consensus now is that the central bank will allow the yuan to depreciate but only modestly,” he said.

A small devaluation of the yuan accompanied by changes in the way the People’s Bank of China sets the currency’s value last year exacerbated fears among some Chinese and foreign investors that the yuan would continue to fall. Reserves dropped a record $107.9 billion in December and $99.5 billion in January.

Since then, Beijing has tightened controls over capital flows and stabilized the yuan’s exchange rate. China’s hoard of foreign currencies has increased in three months out of the past six months.
Part of August’s decline is likely due to changes in value of major currencies against the U.S. dollar, economists said. That valuation effect likely accounted for over $10 billion in August’s decline, mostly from a retreat in the prices of developed nations’ government bonds that China holds, especially those of the U.S. and Japan, according to economists of UBS Securities Asia.