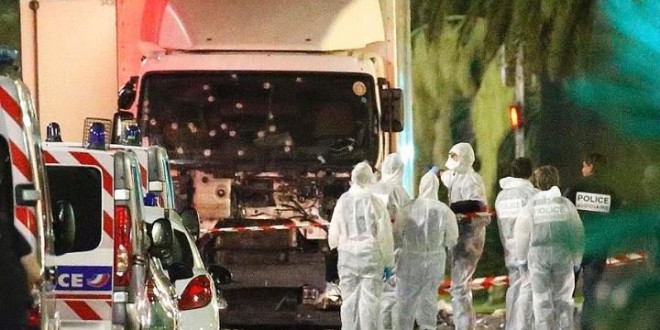 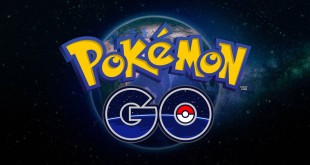 A villain murdered more than 80 people celebrating France’s Bastille Day in Nice, southern France. The horrific stampede is clearly an act of terror and it joins previous attacks in Paris and in the Brussels, Belgium. France has extended the state of emergency hours after President Hollande announced the planned removal of this measure.

A French-Tunisian criminal well known to the police for armed attacks used a hired lorry to kill at least 84 people in a terrorist attack during Bastille Day celebrations in Nice, it has emerged.

At least 10 children are among the dead in the Riviera city following a “cowardly and barbaric” atrocity believed to have been carried out by 31-year-old Mohamed Lahouaiej Bouhlel, who left at least one British national among the injured. Officials fear the death toll will rise.

As hundreds remained in hospital – including 18 fighting for their lives in intensive care – anti-terrorist judges opened an investigation into “mass murder” and investigators searched the home of the driver in the Abattoirs area of Nice.

Sources close to the inquiry said the perpetrator was a local 31-year-old career criminal who was born in Tunisia before moving to France.

His 19 tonne lorry had zigzagged through crowds massing on the Promenade des Anglais on Thursday night, killing anyone he could.

After being stopped by armed police, who fired bullets into the lorry’s windscreen, the so far unnamed man exchanged fire with officers using a 7.65 pistol, before being shot dead.

“He was known to the police for violence, and using weapons, but had no direct links with terrorism,” said an investigating source. “His identity car was found in the lorry. He had French and Tunisian nationality.”

A search of the vehicle uncovered a pistol, a larger gun, and a number of fake weapons and grenades.

The fact that the killer was known to the authorities will be of grave concern to those trying to prevent terrorist attacks in France.

As the United Nations issued a statement calling the latest “cowardly and barbaric”, French Prime Minister Manuel Valls tweeted: “The city of Nice has been hit by terrorism on the day of our national holiday. Immense pain, the country is in mourning. The French will face it.”

President Francois Hollande meanwhile spoke of a “monstrosity”, and said soldiers would be deployed to support gendarmes and police, particularly at the country’s borders.

A State of Emergency imposed last year after almost 150 people were killed during attacks on Paris would be extended to July 26, Mr Hollande added.

Interior Minister Bernard Cazeneuve said: “We are at war with terrorists who want to strike us at any cost and who are extremely violent.”

Nice witness: I grabbed my fiance and ranPlay!01:16

Tony Molina, an American witness to the attack, told CNN: “There was still a crowd of people and then you just see this big white panel truck, I couldn’t see the driver, but it just kept going at different angles from left to right at 25 to 30 miles and hour.

“People were screaming and running. I work in homicide and I’ve never seen anything like this. It’s unbelievable.” The Promenade Anglais was packed on what is traditionally the biggest public holiday in France, when the man struck soon after 10.30pm local time (21:30 BST)

The white lorry mounted the pavement repeatedly at approximately 40mph and steered directly towards men, women, and children, some of whom were still dressed for the beach.

“People went down like ninepins,” a man who runs Le Queenie restaurant on the seafront told France Info radio.

Locals were advised to stay indoors as soldiers and anti-terrorist police flooded the area.

British holidaymaker Esther Serwah, 59, was staying in a hotel a short walk from the scene.

She said she had been on her way to the Promenade des Anglais for dinner with her daughters when people started screaming at her.

Mrs Serwah, from Surrey, said: “I was just walking to the Promenade and then I saw everybody running and I just didn’t know what was going on. People were screaming at me in French but I didn’t understand.

‘I kept yelling at him, waving with my hands to stop and trying to tell him that there is a lot people under his truck – dead already’

Witness Eric Ciotti told Europe 1 radio of the horrifying moments people fled to safety – with some running into the sea in a desperate attempt to flee.

He added: “A person jumped on to the truck to try to stop it.

“It’s at that moment that the police were able to neutralise this terrorist. I won’t forget the look of this policewoman who intercepted the killer.”

Eyewitness on Nice attack: We didn’t think it would happen here

He said: “I kept yelling at him, waving with my hands to stop and trying to tell him that there is a lot people under his truck – dead already. But he did not give any attention to anyone outside the truck.

“And suddenly I saw him picking up something like a cellphone. I thought he would call the ambulance for the accident but it seemed that I was wrong, because he just picked up his gun and he started to shoot the police.

“Just when they (the police) arrived they just felt something was wrong so they kept yelling at him and when he did not step out – they saw him from the window taking his gun out.

“They knew that would be a gun shooting so they just killed him right away – they did not wait to negotiate or something, they just opened fire on him.”