Breaking News
Home / Forex-News / The rise of the petro-yuan 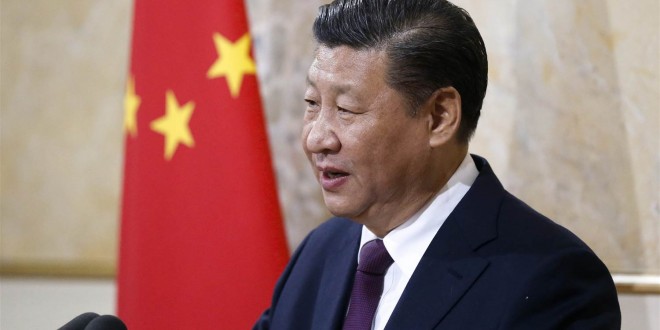 China is aiming to overthrow the U.S. dollar as the currency of choice for the oil market, a move that could have far-reaching consequences.

Since the 1970s, the oil trade has almost entirely been conducted in U.S. dollars, even when buyers and producers are not American. The ramifications of the dollar-denominated oil trade are immense: Because oil is priced in dollars, there is huge demand for dollars, lending the U.S. economic and strategic power.

Beijing hopes to challenge the dollar by setting up a futures market with its own currency, the yuan. To that end, reports indicate that China is set to introduce an oil benchmark priced in yuan in the coming months.

For China, there are a lot of upsides to this gambit. An oil futures market based in yuan will stimulate demand for the Chinese currency, which China believes will lend it strategic clout. That money is also more likely to be recycled back into the Chinese economy. The U.S. has been able to run huge budget deficits, borrowing money at extremely low rates because of the demand for its currency. Petrodollars continuously flow back into the U.S. economy, creating investment and economic growth that might not otherwise occur. The dollar has also long been one of the premier safe havens for investors around the world.

China hopes to replicate this dynamic. And as the largest oil importer in the world, there is a great deal of logic in having oil contracts trade in yuan. 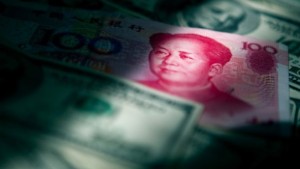 But it won’t be easy to unseat the greenback. The plan is to launch an oil futures contract on the Shanghai International Energy Exchange (INE), but there are obstacles in convincing large oil producers and consumers in using the yuan and investing in the Shanghai benchmark. Without some major countries participating, like, say, Saudi Arabia or Russia, it will be difficult to create a market that is deep and liquid enough to make a difference.

Moreover, because the yuan does not float freely – it is fixed to the dollar and adjusted daily – major investors will be wary of trading in the Chinese currency. “My biggest reservations are the role of the Chinese central government, potential state intervention and favoritism toward Chinese companies,” said John Driscoll, director of JTD Energy Services, according to CNBC. On the other hand, China has slowly loosened its grip on its currency.

“Game changer it is not — at least not yet,” Gal Luft, co-director of the Institute for the Analysis of Global Security, told CNBC. “But it is another indicator of the beginning of the glacial, and I emphasize the word glacial, decline of the dollar.”

Others see much more dramatic change coming from the launching of the Shanghai benchmark. Juerg Kiener, managing director and chief investment officer of asset manager Swiss Asia Capital, told CNBC that the petro-yuan is “well-advanced” and already “structurally in place.”

Up until now, there have been some transactions in yuan, but only in trade specifically with China, and typically only with some smaller countries. Iran in particular was an early adopter of yuan-based oil sales, an unsurprising fact given Tehran’s eagerness to avoid the long arm of the U.S. Treasury department.

A more significant development was Russia agreeing to some yuan-based oil trade in 2015, also the result of U.S. sanctions.

Many believe that key to the success of the benchmark is convincing a country like Saudi Arabia to participate. Saudi Arabia is one of the largest oil producers in the world, and sells a little more than 1 million barrels of oil each day to China. Russia is still the top supplier to China, exporting 1.545 mb/d in September, and in fact, Russia has been taking market share away from Saudi Arabia in China. If Riyadh wants to avoid losing more ground, the thinking goes, it may need to agree to yuan-denominated sales. Recent reports that China’s large state-owned oil companies are considering an outright purchase of 5 percent of Saudi Aramco, a move that Saudi Arabia is rumored to be considering in lieu of the Aramco IPO, should be seen in this context.

“I believe that yuan pricing of oil is coming and as soon as the Saudis move to accept it — as the Chinese will compel them to do — then the rest of the oil market will move along with them,” Carl Weinberg, chief economist at High Frequency Economics, said on CNBC earlier this month.

At that point, things would really start to change, and the dollar would start to lose its top status. Some see that as unlikely, as Saudi Arabia would likely be met with blowback from the U.S. But it would be a difficult choice for Riyadh – lose the Chinese market or spark the ire of Washington.

It may not happen right away, but the launching of the crude oil benchmark on the Shanghai exchange could mark the beginning of the end of the petrodollar.