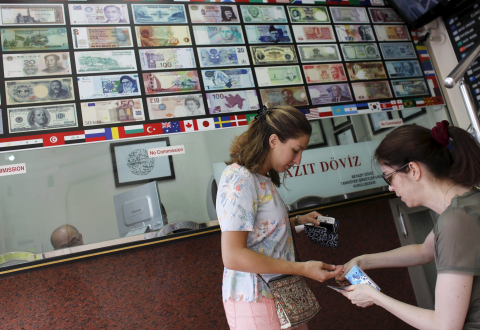 For years currency market movements have been dominated by the US dollar.

Whatever direction it traveled, other major currencies, more often than not, went the opposite direction.

However, that is unlikely to be the case in the year ahead.

According to ANZ’s FX strategy team, led by Daniel Been, a regime change is about to take place in currency markets. Rather than being dominated by movements in the US dollar, it says that cross-asset correlations are likely to take center stage.
We think that the market will once again become more polarized. Cross asset correlations and the relationship between currencies and equity markets, in particular, will begin to rise again. And rather than dollar-on/dollar-off, we will, once again, be in a world of risk-on risk-off. This means that the high-yield low-yield nexus will revive.

Now that’s a term that hasn’t been heard for a while.

It was the prevailing theme for many years across financial markets, especially in the immediate aftermath of the global financial crisis, with asset classes lumped into two broad groups — “risky” and “safe”.

When things were looking good, “risky” assets benefited. However, whenever they weren’t, those same assets were ditched in favor of “safe” assets.

However, now, like then, policy settings for most central banks are moving in the same direction. With risk-on risk-off set to hop back into the driver seat, ANZ says that investors will need to ask the following questions:
In this world, what matters are aggregates: What does global growth look like? What does the aggregate level of global liquidity look like? And what do these two broad trends tell us about the outlook for volatility and thus for carry?
On that front, it says that the next 12 months will be a tale of two halves.

“In the first act, global growth will remain broad, while liquidity, in a level sense, will remain ample and a risk-on move is a likely prospect,” it says.

“The current environment looks just like that. Export orders are up broadly, inventory levels are low and financial conditions remain very accommodative. Combined with the still elevated level of liquidity, we think it provides a solid base for cyclical currency out-performance.”

However, while such a period will help “risky” assets such as the Australian and New Zealand dollars, ANZ says that’s unlikely to prevail long-term, noting that the tailwinds for riskier assets will likely turn to headwinds as central bank policy is tightened.

“The second act becomes more complicated, as a slow accumulation of global tightening means that polarization remains but the direction reverses and carry trades unwind alongside the tighter liquidity as risk on and the leverage build through this time turns to risk off,” it says.

So how should investors position for this risk-on risk-off landscape?

ANZ says it suggests investors should be buying high yielding currencies against their lower-yielding peers.

“In this light we continue to look for strength in the AUD and NZD,” it says. “At the same time we have revised our forecasts for the JPY and EUR lower.”

The bank’s updated currency forecasts are found below.