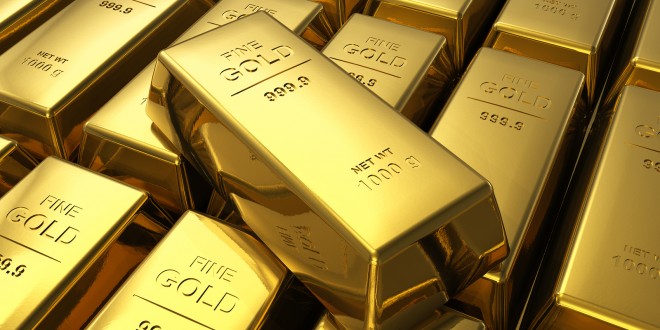 Is it time to trade Gold? 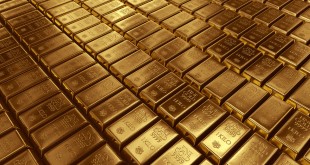 Gold up for the day, down for the week 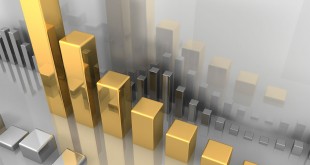 Gold set to post third yearly loss in a row

Here is a fun fact: spot Gold has made a larger range in February 2016 than it did during any other month since August 2013, which is two and a half years ago. It seems as if volatility has returned to this market, and volatility means traders have a good chance to make some money!

Most Forex brokers offer trading in spot Gold, or even monthly Gold futures contracts, which are both essentially just as good as each other as a means to speculate on Gold. That means that whatever broker you use, the option to trade Gold is probably there for you if you want.

As life seems to be returning to the Gold market, let’s see if it is really time to trade Gold.

Gold gives a special excitement to a lot of people when they buy it. If that describes you, then you should try to think about Gold less passionately. Think only about the price fluctuations, not the metal itself, try to imagine you are buying or selling something dull like aluminum! Unfortunately a lot of traders lose their heads over Gold and begin to trade emotionally rather than rationally

Since the U.S. Dollar was completely taken off the gold standard in 1976, the precious metal has floated freely against the dollar. Gold has made two astonishing bullish trends against the U.S. dollar since then: firstly in the late 1970s, and then again from 2002 to 2011 when it rose from $275 per ounce to more than $1,900! Many economists believe that Gold functions as an alternative “store of value” to fiat currencies such as the U.S. dollar which are entirely debt-based, and is bound to rise in relative value during periods of currency debasement, such as is arguably occurring right now. If so, it might be time to trade Gold.

I have always believed that traders can make money from the markets most easily by following trends and using fairly tight stop losses. In Forex, a method that has worked well over the years when trading USD currency pairs is to trade in the direction of the price over both the previous 3 and 6 months when it is not conflicted. Although Gold against USD is often considered just another currency pair, it tends to move more quickly and more strongly than Forex currency pairs. We can see this by looking at the results of a back test conducted using historical data from 1998 to 2014. In the test, Gold is bought or sold on a weekly basis and held for one week, depending upon whether the price at the weekly open was higher or lower than it was 6, 3 and 1 month previously.

The results are shown in the table below:

There are two key points that are revealed by this back test of historical data:

1. Short Gold is a problematic trade, statistically, and was not profitable on this momentum basis, regardless of the look back period used.

2. Long Gold was profitable on any look back period, but the best results per trade were achieved when the price was higher than it was 1 month, 3 months and 6 months previously, i.e. when momentum was extremely strong. This is unlike Forex currency pairs, which tend to get overbought when momentum is very strong.

If we apply this analysis to the current market situation regarding Gold, it can be seen that now is definitely a good time to trade Gold, as its price is above where it was 1 month, 3 months, and 6 months ago. This is the kind of market situation that produced the best results when applied to historical data.

Day trading Gold can be very difficult on short time frames, and feels quite different to Forex although there are some similarities. The process of price discovery can be very difficult with Gold, as nobody really knows how much Gold banks are holding as bullion. Additionally, the spread in trading Gold is relatively higher than the major Forex pairs, so it costs you proportionately more to trade it. For these reasons, it is usually going to be much easier trading Gold on the H1 or H4 time frames.

The technical evidence suggests that Gold is in a strongly bullish upwards trend that is more likely than not to persist, especially while the price is above where it was 1, 3 and 6 months ago. This means that it is probably a good time to trade Gold right now. Entering long Gold trades when fairly tight stops are available and aiming to take most profit at reward to risk ratios of perhaps 2 or 3 to 1 whilst leaving some of the trade to run, is likely to be a successful trading strategy.