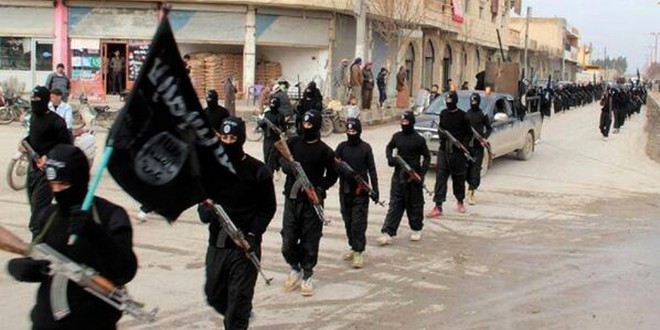 The militant group that calls itself Islamic State (ISIS) is exploiting national banking operations in Iraq and could be making up to $25 million a month in Middle Eastern money markets, according to experts.

Speaking to a U.K. parliamentary subcommittee set up to examine how Britain could help disrupt ISIS financing, experts told the panel that as well as making money from oil smuggling, taxation and extortion, ISIS was exploiting loopholes in existing financial operations in the Middle East to make millions.

David Butter, an associate fellow at policy institute Chatham House, told the committee, which was held in in February with notes published on Wednesday, that “the Iraqi central bank foreign currency auction systems are an area that needs to be investigated very strongly” as ISIS was using those systems to earn money on the foreign currency markets.

Asked how the operation worked, Butter said Iraqi dinar funds taken by IS from civil servant’s pensions and banks in Mosul (which is under IS control) were siphoned off through Jordanian banks and then back into Iraq through Ramadi (a former ISIS stronghold) and then “back into the Baghdad system” through a transfer system called “Hawala” – described as an alternative remittance channel that exists outside of traditional banking systems.

“So when the Iraqi Government does its regular foreign currency auctions, the ISIS money is inserted into that system and they can make a margin on the differences between the various exchange rates there and send it back into their areas through Hawala operatives. This is the way money moves in the Middle East,” Butter said.

The international coalition against ISIS which includes the U.S., U.K. and a number of other Western countries needed to co-ordinate with the “Iraqi Government on what kind of procedures can be made to make that whole trade watertight, because it is not at the moment,” Butter said.

Millions in ISIS cash destroyed in US airstrike

“Credible estimates I have seen are that there are sustainable, ongoing revenues coming out of the Iraqi money markets that Islamic State is still managing to earn $20 million to $25 million a month out of.”

The experts, which also included Tom Keatinge from the Centre for Financial Crime and Security Studies at RUSI and Luay al-Khateeb, executive director of the Iraq Energy Institute, dismissed notions that ISIS’ main source of revenue was still oil, saying that the media had distorted the amount of money the group could make from its oil operations.

Butter said that, in his view, “the biggest source of funding for the Islamic State is what was accumulated prior to 2014—the war chest from Mosul and the operations in Iraq.”

How US and Russian arms fell into ISIS’ hands

“Those funds were derived from a wealthy state system and were circulated through the Iraqi financial system—particularly through the Central Bank of Iraq’s currency auctions. There are financial transactions that have been investigated, but I don’t think have been completely stopped, that relate to the war chest that was built up in Iraqi dinars and was then processed through into various dollar flows.”

2016-03-03
Dev2015
Share
Previous Is it time to trade Gold?
Next China Pulls $129B Amid Expectations Of Forex Stability And Rising Yuan