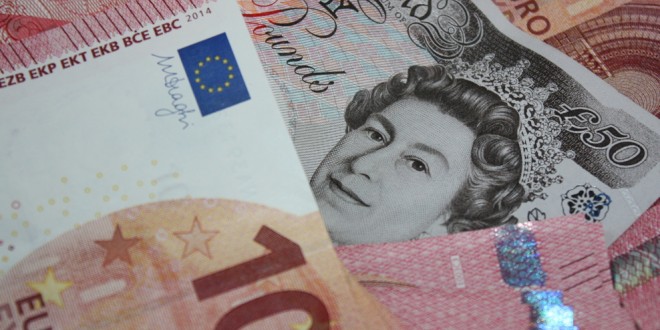 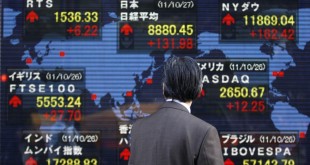 Today’s British pound to euro rate (GBP/EUR) trends under the €1.30 mark having seen the best consecutive daily run in months cut short by several UK PMI’s printing below-forecast. We examine the latest euro-related fx forecasts targeting the Sterling and the US dollar in the short, medium and longer-term currency outlooks.

The foreign exchange markets saw a mixed week for the pound sterling (GBP) in relation to the euro (EUR) and the US dollar (USD) after several UK PMI releases hampered a mini recovery.

While it frequently fell into negative ranges, the GBP to EUR exchange rate nonetheless rose overall, from a starting low of 1.2676 to a later best conversion of 1.2946.

The levels foreign currency buyers find today however remain distant from the best euro rates seen back in July 2015.

And finally, the pound vs rand spot is significantly lower compared to the day’s open, 1.44% off yesterday’s close.

Asides from the ongoing political-economic sparring that took place around the UK Referendum, the Pound’s appeal was also lowered by negativity coming from the nation’s PMI printings.

First among these was the seasonally adjusted Markit manufacturing PMI for February, which came on Tuesday and showed a decline from 52.9 points to 50.8.

Before we continue, here are the latest fx rates for your reference:

On Monday the Pound to Euro exchange rate (GBP/EUR) converts at 1.291

At time of writing the euro to swiss franc exchange rate is quoted at 1.095.

The EUR to AUD exchange rate converts at 1.48 today.

FX markets see the euro vs us dollar exchange rate converting at 1.096.
Please note: the FX rates above, updated 7th Mar 2016, will have a commission applied by your typical high street bank. Currency brokers specialise in these type of foreign currency transactions and can save you up to 5% on international payments compared to the banks.

The pound sterling vs euro exchange rate had seen six days of positive closes, the best run in months.

However it was, in essence, a bad PMI a day for the UK last week, over the period of Tuesday to Thursday.

Wednesday brought the February construction sector variant, which fell from 55 points to 54.2.

Closing off the week, the UK’s February annual new car registrations rose from a prior 2.9% to 8.4%, although the lack of other impactful data left the previous PMI figures lingering in the minds of investors. Despite being gifted with a selection of supportive ecostats last week, the Euro exchange rates ultimately failed to capitalise on the advantage against the Pound.

For the most part, the discontent present throughout the week was caused in particular by Monday’s Eurozone inflation rate estimate for February, which was expected to have fallen from 0.3% to -0.2% on the base year and to have slipped from 1% to 0.7% for the core printing.

This starting stumble triggered major concerns among investors, who saw further European Central Bank (ECB) intervention in the coming week as highly probable due to such a pessimistic prediction.

Unfortunately for the Pound, the week to come is set to have large gaps present between economic announcements, therefore ‘Brexit’ news could diminish the positive effect of any supportive results.

Wednesday will see the week start properly in terms of data for the UK, with the January industrial and manufacturing production results coming out on Wednesday along with the NIESR GBP estimate for February.

Other notable occurrences during the week will be Thursday’s February RICS house price balance and Friday’s January trade balance results and construction output figures for January. Euro to Dollar Rate Outlook for the Coming Week

Like the UK’s results, the Eurozone printings of the week are set to be spaced in a few and far between manner. Starting off, Monday will bring the January German factory orders result and the Eurozone Sentix score of investor confidence for March.

Tuesday is set to feature the release of the German industrial production figures for January, as well as the Q4 preliminary Eurozone GDP printings.

The bulk of investor attention is likely to be focused on Thursday, when the European Central Bank (ECB) meets to make its interest rate decision for March.

As mentioned earlier, expectations are currently high that the central bank will expand its quantitative easing program or otherwise implement economic stimulus measures.

Lloyds deliver their outlook on the interest rate positions from the various worldwide central banks.

“The ECB Governing Council is widely expected to ease policy further on Thursday 10 March…. Importantly, we expect President Draghi’s rhetoric will be very dovish, leaving the door open for further easing should conditions warrant it.”

“A March hike still looks less than likely, but markets a re now pricing in a round a 50% probability that the next rate rise will be in September. Our own view is that a June hike remains on the cards.”

“Bank of England Governor Carney and Deputy Governor Cunliffe will both testify on Tuesday to the Treasury Select Committee on the pros and cons of the UK’s EU membership , which has the potential to impact on the markets.”

“Aside from the ECB policy meeting, both the central banks of Canada and New Zealand on Wednesday will decide on policy and are expected to leave interest rates unchanged at 0.5% an d 2.5%, respectively.”